Silently John and Edith are lost in thought. The evening sun gives away the last bits of warmth, and the sky turns into mixed shades of orange and blue.
“Are you ready for it? ” John looks at Edith to gauge her reaction. The day before yesterday they had said goodbye to Will, after their visit to the abbey. The next two days had passed quickly, and the traffic showed them that they were getting closer to the city. Soon they would be immersed in a large community again. That would take some getting used to, having traveled almost alone for so much time. Edith shakes her shoulders for a moment, separates her gaze from the enchanting skies, and looks at her feet. For sure these could use a little more rest. “I don’t know,” she says, “I think so. I don’t know what lies ahead. ” They had expected that too. After all, the city is much larger and more dynamic than the village environment where they came from. What first seemed like an adventure, now begins to evoke a bit of tension. John puts his hand on her arm in a reassuring gesture. “It’s going to be okay. We can always leave if we don’t like it, right?  “But also with him some unrest nags.

At a certain moment their former life no longer offered sufficient challenges. That’s why they decided to pull away. The trip had seen good and bad days, but all in all it was a informative experience. So many new things and skills they had to learn, that they fell asleep satisfied every night. That variety was fun, and what especially stood out was how they got better and better attuned to each other. Their relationship has therefore become closer, and they can now “read” each other even better. They only had each other to take into account. And that is something they have to sacrifice in the city. You can not live there in isolation. There you have to deal with other people, some superficially, others more often and more intensively. All that divided attention will slightly pull them apart. They will no longer know everything about each other, just because that’s too much. They have to work to get money. Social obligations will partly consume their free time. Hopefully they will find someone who can tell them how everything works in the city, and where they can find something. He remembers an important lesson, and looking at Edith he says: “You remember what we always said to each other: how people think about something, what they say to others about it, and what they ultimately do, often are three very different ones. You may call them hypocrites, or liars, but in the end it’s only about what they do, how they convert things and how they treat us. Anything else doesn’t really count, even if you feel challenged, or treated unfairly. Unfortunately, that will be the case even more in the city because people know less about each other, and life is more turbid in many respects. ”

Their life will indeed no longer be the same. Edith realizes that very well. The journey wasn’t always easy, but they were happy with each other. Because of the sudden anxiety she feels, she understands why some people prefer to move away from cities and come to villages like where she grew up. She sees John’s worried look, and smiles. “It’s okay. It is the unknown and the sense of threat that makes me quiet. I don’t know where that comes from, though. But let’s agree that we will always be there for each other, discuss and evaluate everything without, you know, having to approve each other’s decisions or something. Just as long as we know our concerns, and the things we are confronted with. If so many people find an existence there, why don’t we? And it’s as you say: let us not commit ourselves at Landsgate. There is so much more on this earth! ” Edith releases her arm from John’s grasp, and wraps it around him for a hug. While they are close together, they both release a deep sigh. 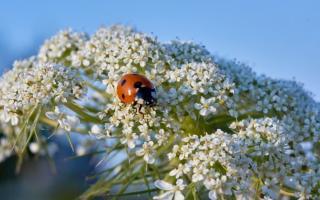 Accept or give up