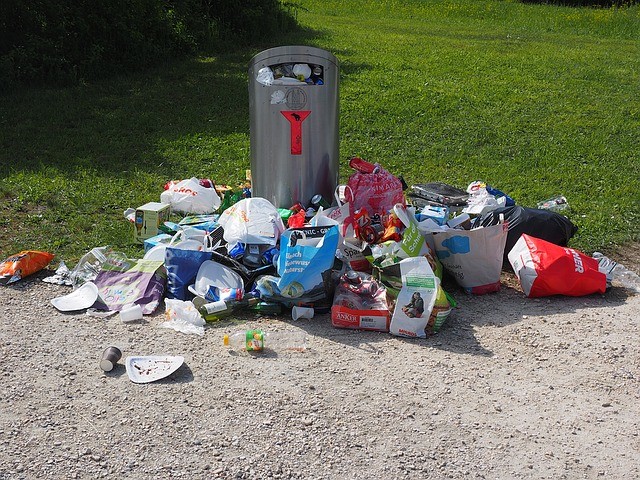 It is interesting to note how your expectations about human behavior are influenced to a large extent by external appearances. Behind the public mask often a few less rosy things are hidden. As long as these are private, little is going on (although you can also question that like in case of domestic violence and so on), but it gets annoying when the living environment suffers from it. 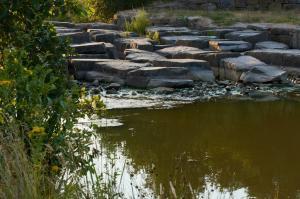 The neighborhood where I live is popular with young families and expats. There are many green areas with as highlight a magnificent English landscape park. In the central shopping plaza there’s space for larger events, and you’ll also find a multipurpose health center and an extensive sports complex. Distributed throughout the whole district Meerhoven, there is a lot of choice of playing grounds and hangouts for young people. The residents of all ages and nationalities give this district a varied appearance. Meerhoven has only been growing strongly since about 2000, so everything is still relatively new, but planted trees and shrubs are already quite mature. In terms of building styles you will find everything here, from relatively modern to more traditional, bungalows, luxury apartments and blocks of houses. The area is spacious and imaginatively set up and breathes a relaxed atmosphere.

In such an environment you expect people with higher average education and income levels. Active neighborhood associations are committed to quality of life for young and old, and people do a lot of maintenance on house and street. The involvement seems to be quite high, probably prompted by the above-average price level of houses. Of course you do not want your investment to be worth less because the environment degrades. Obviously you also find theft and vandalism here, but not (yet) to worrying degree.

If you live here, it almost seems obvious how neat everything is and remains. The green is regularly maintained, the sidewalks and streets are also brushed to remove weeds, there are waste bins everywhere that are emptied in time and repairs or improvements to the infrastructure are carried out quickly. With a distributed network for district heating, water and electricity and all other cables for telephone, coax and fiber you are fully equipped.

Are there no annoyances then?
Of course there are! In particular young motorists too often seriously exceed the speed limit of 30 km/h. Driving on the left to avoid traffic obstacles also seems to be a hobby, even on bends and crossings. Already this led to a crash in which a young man who lost control over the steering wheel, overturned a lamppost, beheaded a concrete drainage pit, and finally got stuck in the bank of a ditch, inches away from the footpath and not yet against the house of our neighbors!
Many dog ​​owners carry a plastic bag, for show and the police, but they discrete look the other way when their roommate on the long line drops its shit somewhere. Although the spacious parking garage can be used free of charge during the first 2 hours, many people prefer to park their car along the road on the lawns of the park, giving these a desolate look. On top of that, holidaymakers also avoid the high parking fees at Eindhoven Airport by parking their cars in the neighborhood, and then travel by bus a few stops further. Finally, owners of motorhomes and caravans block parking lots (literally by replacing cars) because they have not foreseen enough space near their home.
Youthful visitors to the park often take the risk of open fire and regularly leave litter on the field instead of in the abundantly present garbage bins. A number of motorists apparently consider it normal to dump their rubbish in the gutter of the road next to their car, hoping that the municipal cleansing will take it away.
In all these cases I sometimes try to move in that other person, and reconstruct the thoughts that justify such behavior. That isn’t too difficult, as usually these brainchilds are based on selfishness.

How people deal with their own waste, says everything about their personal development.

Waste is an interesting theme anyway, because it clearly shows how some #BrainTricks actually work (and what you can do about it).
Just like in many other places, household waste is collected separately here. There is a gray container for residual waste, and a green one for organic materials, and paper is also collected. For city dwellers there is a free waste deposit street, where everyone can always get rid of everything, including building rubble and large furniture. Plastic and glass is collected via special large containers, which are emptied several times a week. In many places such a container is a problem, but in Meerhoven they are incorporated in the design of the shopping center, for example. Due to the underlying parking garage, the containers are partly sunk, making them less noticeable. Furthermore, they are placed there where you, on the way to the shops, always pass by. That’s handy: every time you go shopping, you take some waste with you, so that you do not need to collect much at home.

All in all a good concept, but I regularly see all sorts of bags and stuffs that do not belong there just lying around the collection points. You don’t expect that in a neighborhood like Meerhoven, with residents who really should know better. Often, the openings of the containers are blocked by too big bags that one tried to squeeze inwards. Things that actually have to go to the waste street, such as broken glass plates, are simply left behind near the glass containers (which are only meant for bottles), where they pose a risk to pets and children. Although there are also clothing containers, one often chooses to put the bags outside. I checked a few times if the trays were already full, but that is not the case. People always press a large bag with the back inwards, causing it to swell if there’s some resistance and then get stuck. Just turning the bag around helps, because that way everything falls straight out of the bag in the container, and a blockage cannot occur. “Flip-thinking! “, that’s what it’s called. What is worse: people often do not separate their waste at all. A bag with plastic inside feels very different from a bag that for example contains clothing or food waste.

Why are people so negligent when it comes to waste? Especially these days, with a lot of attention for the impact on our environment?
I can recognize a number of #BrainTricks.
The first trick is that those people don’t consider themselves so negligent. In order to avoid pests and scary contaminations, waste must be disposed of as quickly as possible. Regular information campaigns on, for example, legionella, salmonella, ants and silverfish support this idea. “Gone is gone! “, that’s the device.
The second trick is to imitate what others have already done. It is easier to put your bag next to someone else’s, as when you are the first. In the latter case you refer to the last time, “then it was already there too“.
The next trick is the observation that it is cleaned up anyway, and that no one says anything about it. Indeed, the municipal cleansing department must take away that mess, to prevent worse, but many people see this as the justification that it also “meant to be like that“. Because you yourself move on quickly, the street view and any consequences for animals and children are less relevant. You also don’t want to think that such trash might come to lie at your doorstep…
A little in line with this is the redirection of your aggression. You know what you are doing is not good, and unconsciously you feel bad about yourself. That aggression against yourself turns against the municipality, the urban planner, the pick-up service and so on, because they have made it so awkward and inconvenient for you. And just like a small child, you just throw your stuff around. Out of pure frustration about your own behavior.
This one is also interesting: “Maybe someone else can still use it! ” That there are plenty of exchange and sales venues is only difficult, because then you have to make an effort to get rid of your excess stuff. And our easy-going brain does not feel like that at all!
An interesting trick is about responsibility and possession. We choose something, and take immediate responsibility for it. From that point it is our property, even though we have not paid for it yet. Take a look at stores, how people “reserve” their “product” so that someone else can not run away with it. But if we buy a nice big apple and eat it, we just throw the core on the street. A different person must take care of that. Unfortunately that behavior is seen quite often, such as with packaging material. We order via the internet because that is easy (!), and the supplier can not help but use a lot of plastic and paper to get the product in your home in one piece. But that was not what we bought… and so we do not feel so responsible for it. As soon as possible put it outside the door, and then you are rid of it. The same line of reasoning applies to all household waste: it is not yours, it is for the municipality. Few people want to acknowledge it, but actually we are sometimes very immature when it comes to living together. Training and income are no guarantee for a conscious and responsible life. People should take the following to heart:

It is and remains your shit, that you dropped somewhere!

And if you don’t want to have that in front of your own door, why bother someone else with it?