John and Edith are on their way to their new destination for almost a week.
Apart from the normal inconveniences, the trip goes well. Along the way it is as if they’re looking at everything with new eyes, just because they feel liberated. The wide world seems to welcome them with the message that so far they had only seen a fraction of what is really going on. Edith has never felt so happy. This is what she has always wanted: together on a journey of discovery and helping each other understand all they encounter. The good thing is: she doesn’t have to get to know each and every thing in detail. One can also just sniff the smell and breathe it out again. The impression remains!

For John it’s more complicated. Or maybe he makes it difficult for himself because of his sense of responsibility. He wants to preserve the money saved for later, and tries to live off the supplies they took with them, and from what they can get along the way. Fortunately, many people they meet are very helpful. Perhaps they wonder why a young couple moves away from a familiar environment and is on their way to a completely different city. There you have no family, no friends or acquaintances, and you have to learn all the habits and rules that apply there. But Edith’s enthusiasm keeps many curious questions at bay. People like to share what they know, and they prefer to hear news that they can later pass on again. John had the impression that many gossips had been thickened or made up, but nobody really suffers from that. While talking they often got something to drink, and sometimes even something tasty, so you do not take it that close to reality.

The brook, which runs along the road, provides plenty of fresh water, and ends up in a small lake. John is happy to be able to freshen up later, and to rinse off the dust from the walk. Washing clothes is not yet possible; they do not have time for that. Fresh underwear and flared outerwear should suffice for now. With Edith’s splashing sounds in the background he studies the bank on the other side, and lets the encounters of the past few days pass by again. Those encounters in themselves were quite instructive.

The two larger travel groups were not that open to visitors. Although such a group has enough stocks and there sooner is something left for two guests, John and Edith were treated with more suspicion. During those conversations, they had the strong impression being tested. Their opinion was asked, and also what skills they have. When it appeared that they had nothing to offer, the attention was quickly gone and they were left alone.
Yesterday’s small party had invited them to join, but the roads led in opposite directions, so that was not an option. Yet they exchanged a lot of information, and expressed the desire to meet each other once again. Which of course is not very likely, but still … It was a friendly meeting. The people had been very open, just like they were themselves. It felt as if they had a common destiny. Although John doesn’t want to be suspicious, he still remembers the feeling when they both got a tasty nutritious cake from the stock… Enough for a few days. It felt as if they were morally obliged to reinforce the group as kind of “a favor in return“. Because direction and purpose of their trip were clear from the beginning, it was not difficult to divert the offer. But even today, this gnawing feeling of guilt is present, thinking about the meeting a day earlier.
And then there are the few on their way. Many rushed, some a bit skittish. Every now and then someone stopped to have a chat. If John and Edith had a break at that moment, it was difficult not to offer anything. They did not have that much stock. Fortunately, nobody objected; it seems as if lonely travelers are playing a game with each other, and know when it yields something or not. That was an instructive experience for John, but especially for his wife. She still lives according to the principle that if everyone cares for each other, nobody will be short of something.

When Edith returns from the bushes along the bank where she has refreshed, John pulls out his outerwear. They still have a long journey ahead! 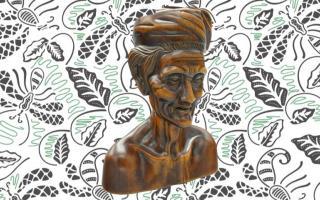