Skip to Content
Home / In transit / Yin, Yang and You 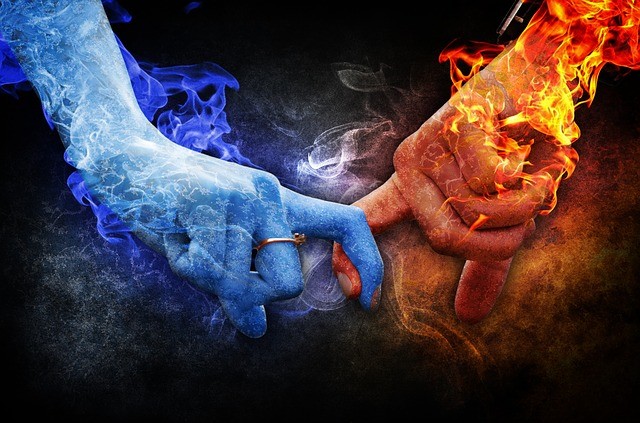 How do you become a “Yin-Yang fan”, as I call myself on this site?

I think there’s no effort required to be one. The concept of Yin-Yang is locked up in each of us. It is our inner recipe for thinking and perception, it is the way in which we construct our world view from choices and distinctions. There are many good books and internet articles about this Chinese concept. By the stimulus of my parents when I was a child, I absorbed the idea very early . I was allowed to delve into other ways of thinking and cultures as a counterweight to the then unilateral predominance of Western materialistic thinking. That has taught me how much value there is in all philosophies, but also how dogmatically this often is handled. The beauty of Yin-Yang is that it gives room to everything and everyone. It points to an apparent duality that is present in every facet of the world and our lives, and gives you guidance to transcend your own limited vision on this. 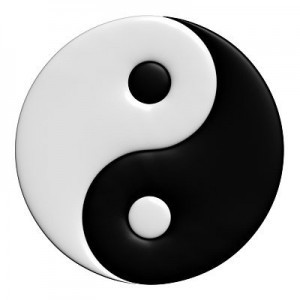 First a brief explanation (and there really is no need for meditation, incense or dusty-bare-feet-feeling). The symbol consists of two halves that represent each other’s opposite. Light-dark is the most obvious, but also male-female, sun-moon, action-rest, left-right, life-death and so on. Pay attention! Yin-Yang doesn’t know any value judgment, so “good-evil ” does NOT belong in this list! That is a misconception that has unfortunately caused the dark part (Yin, the soft, feminine principle) to be seen as negative for a long time. Something like “police-criminals” is allowed (it depends on yourself which you prefer, just as with friend-enemy). A value judgment is in any case pointless, as will be apparent from the rest of the explanation.
The shape of the two halves suggests a spinning movement, a continuous alternation that keeps everything in balance. If you stop that movement, everything stagnates, and polarization, one-sidedness, conflict and chaos arise. Hence, perpetual change is an essential part of a meaningful life.  Everything takes place within a circle: the symbol of a world without beginning and end. This immediately indicates another principle: the halves complement each other, are complementary, and need each other to exist. You can also say it differently: there is always a contrary of what we think, say and do. A bit like the 3rd Newton Act: “Action = -Response”. Together they provide a “flow” of refreshment, innovation and change.
That permanent rotation does not come about just like that.
As you can see, there is a core to the contrary in every half. This core pulls like a magnet to its own  color, causing the whole symbol to turn. These cores are thus the energy sources of the movement. You can see such a dot as the element of doubt, the piece of truth of “the other” that you can hardly deny if you are honest. If you think about something, you need such a reference to make a clear distinction. It is your anchor point to contrast your own view. For example, nothing is 100% masculine (or feminine), and you can only estimate that if you have a sense of both characteristics.
These 3 elements, the two alternating counterparts, the circle of the universe, and the nuclei of changing energy, are the basis of Yin-Yang.

What do you do with it?
Well, that of course is a very personal question, and certainly also depends on the situation in which you find yourself. Each approach results in the emergence of a reaction (the opposite), even if you do not notice it immediately. Every choice will be contested by others. Every opinion will be challenged. Does this mean that it does not matter what you do? This will be true for some people, if only because they have pinned themselves into one conviction, opinion or approach. Without apparent loss of face, they cannot turn back to their steps.
Or not?

Yin-Yang gives you sufficient guidance, including the most important one: changing is healthy and exciting. Even if in the past you have hardened yourself in a position, either in the world around you or in yourself, there is always a spark of energy that you can use for a first step in a different direction. Yin-Yang does not say that everything should go fast, though. That is another Western rush idea. Everything needs its time, you only have to grant change some space. A few hints and tips:

Yin-Yang is a simple but powerful concept.
If you manage to give this concept a place in your life bit by bit, you will find that your choices become more meaningful and that it enriches your life with others. It is a fun and exciting voyage of discovery that you can handle alone. If you have any questions, feel free to contact me!